The long awaited BBQ night happened on the 11th of July 2017. It was the first ever get together of the newly appointed board members outside of a board meeting. The fun filled evening started off around 6 o’clock in the evening. The grill was set up outside our beloved treasurer Gavindu Saranga’s house. The soothing music was flowing out from the stereo.

People were really busy going around the house with beverages and various food items in their hands and in their belly’s. Everyone was helping out making the evening a joyful one. People were arranging the table with various food items, fruits, vegetables soft drinks and meat. The grill and the kitchen was the most crowded. There was lots of laughter all around and everyone having fun away from the seriousness of day-to-day lifestyle.

The BBQ night started out with a delicious birthday cake. The Charter President of the Club Imalsha ayya, our own treasurer Gavindu and IT director Chameera were the ones who were celebrating the birthday. 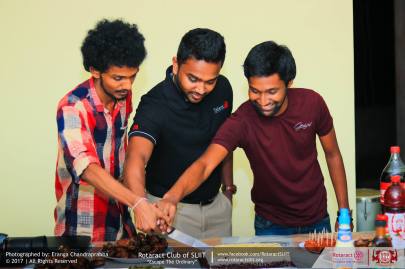 People were chatting all over the place, some were playing games, a nice session of jokes, more laughter and getting to know each other better and at the end our incoming president did the traditional speech. 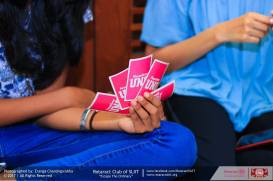 By around 10.30 we decided to head off so we came outside. This was where we realized the fun wasn’t over yet. It was a moonlit night and we stayed outside the house chatting and joking for like another half-hour. It was nice to see everyone enjoying and having fun together. It was a gathering of former members and new members and it went out really amazing. 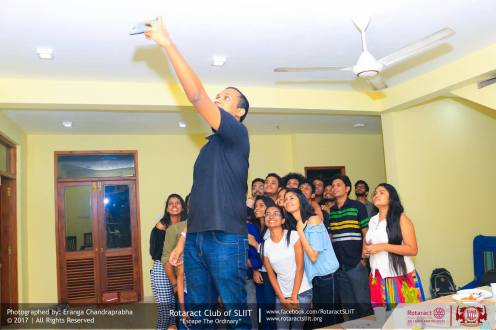 Sethil, Virajith and Rajitha aka PK stayed over at Gavindu’s place. So I guess the real fun began after we left because the next day we heard lots of sleepover stories.

Year starts for the Rotaract club of SLIIT with a night of fellowship among the past board members and with the new board of directors for the year 2017-18. It was truly a night to remember.