Rtr. Mansi is the International Understanding Director of her club and she was a great organizer and she planned everything to the point. She asked us to create a list of questions about the problems youth are facing these days and discussed about them. For few days I had no idea about the project and luckily Rtr. Mansi enlightened me about the project aspects. So I asked from our club members and as well as from club executive committee to send answers to below listed questions as a video clip. 10 questions were asked in the questionnaire. 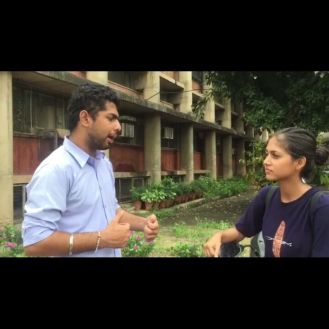 I received brilliant answers from my fellow Rotaractors and I sent them to Rtr. Mansi so that she could make the video clip by choosing the best ones. Within days she sent me the proper video clip with answers and we uploaded it on the International Youth’s Day. I was the eldest fella in the group and the young team including Rtr. Mansi and Rtr. Sanjeewani did a pretty impressive job. It was their first project as the newly appointed directors and I was so lucky to guide them when they were facing problems regarding the project. It really was a great time and it was so nice to meet fellow foreign Rotaractors and I’m pretty sure that now I know few Hindi words thanks to them 😉