The most awaited Interactive mentoring session with the participation of two District officials was successfully held on 14th December at SLIIT premises. This session was conducted by beloved District officials, Rtr. Nipun Peiris and Rtr. Oshadha Abhayasundara, who won the award for the Presidents of the year in 2016-2017.

Rtr. Oshada emphasized more on how to balance both club projects and district projects and also about the techniques used by them in raising funds to conduct the events, while Rtr. Nipun highlighted more on how to “think outside the box” when forthcoming with project ideas as he got elected in a revival year and also how a large amount of funds is not required to operate a sustainable innovative project. Both of them accentuated on the importance of teamwork and how not to conduct projects with the aim of winning awards but to organize them in a way they would earn awards.

Finally a Q&A session was conducted to discuss about the doubts in the minds of the audience. The session was truly overflowing with laughter and enthusiasm, where the morale to conduct innovative projects got escalated above the roof and the session was concluded after the photo-shoot. 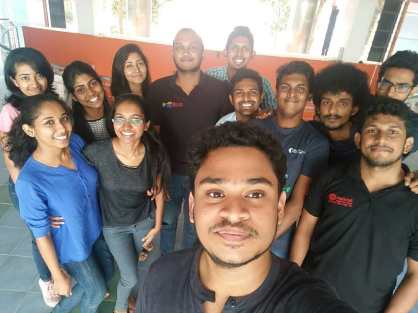 ~Every great achiever is inspired by a great mentor.

Rtr. Nipun Peiris and Rtr. Oshadha Abhayasundara, Thank you so much for sharing your experience and for your encouragement! 🙂