20th April was not just another typical teaching session for the girls at Moravinna Balika Niwasya. Everyone was a little more excited and busy in that morning, running around the premises and arranging the hall. It was their day to have some fun, have a break to their busy schedules and so was to us.

The “Light up their World” committee along with the Second-year undergraduates of Faculty Business Management organized this avurudu celebration “Punchi Ape Avurudu” to carry out the traditional customs and rituals with the kids along with teaching them English terminology.

The celebrations started off with performing the traditions; first by lighting the hearth. The hearth was lit by the matron in charge facing the designated direction. A pot of milk was boiled, and everyone gathered around it with happy smiles to witness the milk boiling over from the pot, symbolizing prosperity. 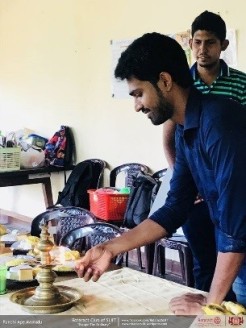 We had our first meal at the avurudu table after lighting the oil lamp. At the table we had milk rice, kevum, kokis, aluwa, bananas and much more sweetmeats. We all enjoyed the feast. 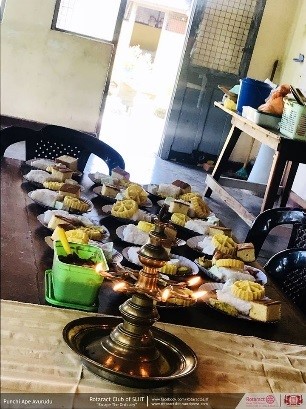 After finishing the rituals we moved into the fun filled activities, the avurudu games. Placing the eye on the elephant was the first game. The kids were blindfolded and asked to spot the elephant’s eye. It was enjoyable watching the kids supporting their blindfolded friend. It became more interesting when the akkis and ayyas joined in spotting the eye and it was clear that the little ones were way ahead and skilled than them. The premises was full of laughter and smiles and everyone enjoyed a lot. 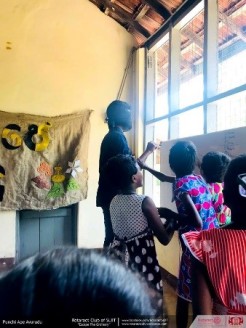 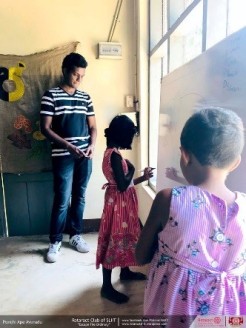 Afterwards we had musical chairs, musical hats, collecting toffees and much more interesting games where everyone actively participated with lots of enthusiasm. Each participant was given a small gift to encourage them. 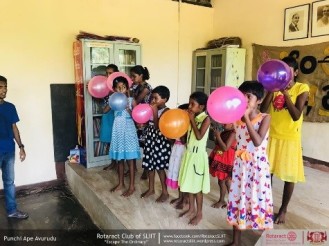 Punchi Ape Avurudu celebrations was concluded in the evening and we were able to fill their little hearts with happiness, joy and to give them new hopes in this new year!

On behalf of the Rotaract club of SLIIT we would like to thank Rtr. Nipun Sachintha and Rtr. Oshadha Abhayasundara from the District who supported us all throughout the event and our beloved president Rtr. Vinura and Vice President Rtr. Gavindu for attending the event. Last but not least our sincere gratitude goes for the BM Second Years who organized the avurudu event and to all the volunteers who joined.