On the 16th of September, which was a bit of a gloomy day from the start, all of us gathered to Viharamahadevi Park which was the starting point of the walk at around 7.30 in the morning. Everyone was wearing the walk t-shirt and the cap which was pitch blue, it was a bit hard to find who was who at a glance. We set up our stall under a tree which made it easier for us in every possible way. With the paint, brushes and of course the ones who were willing to help us with painting the oddly asked designs on their faces, we started our stall.

All these undergraduates were aged above 18 years but the weird yet awesome fact about most of them was that they were kids at heart. It was a huge long line in matter of seconds we started painting, which was queued at the stall to get their faces painted. Maybe it wasn’t the only fact which drew them but rather they wouldn’t have got such nice drawings from somewhere else for that kind of a price. There were rainbow colors here and there on faces among the blue pool of t-shirts which were like rainbows in the sky. 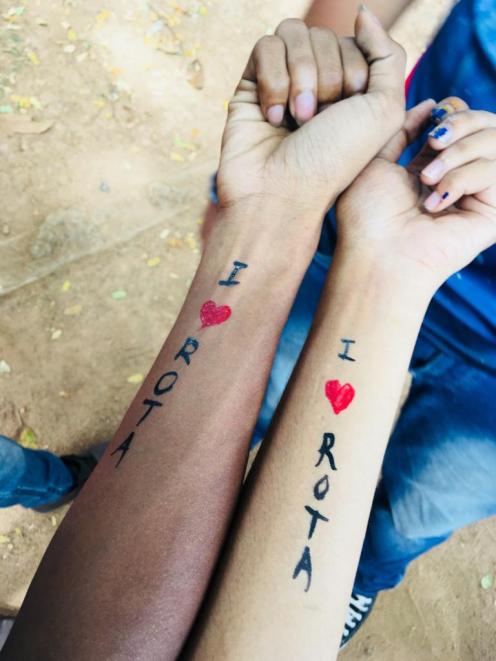 There were flags and ‘I love SLIIT’ phrase and some with superhero icons on their faces with many colors. With time, the line started growing much longer and when it was around 10.30 the walk started. There were several faces held unhappy because they had to decide whether to go or stay and get the face painted. So, we had to rush through them and do small paintings which didn’t take much time so that everyone had a smile on their face.

It was much more than a success with a lot of joy and everyone enjoyed getting their faces painted as well as painting on others faces. We specially thank our face painting crew; Infas, Sashini and their team and each individual who helped us with the event and in making it a success by all means.