The Sri Lankan jackal (Canis aureus naria), also known as the Southern Indian jackal is a subspecies of golden jackal native to southern India and Sri Lanka. On the Asian mainland, the Sri Lankan jackal occurs in the whole southern part of the Indian peninsula, from Thana near Bombay in the northwest southwards through the Western Ghats, Mysore, the Eastern Ghats and Mandura. It occurs in all of Sri Lanka.In southern India, adult males measure on average 29 inches in length, while females measure 26½ inches. Weight ranges 12-19 lbs. In Sri Lanka, they can attain slightly greater sizes than their mainland cousins. Jackals in Sri Lanka, though classed as the same subspecies as those in southern India, have a rooted lobe on the inner side of the third upper premolar. The winter coat of Sri Lankan jackals is shorter, smoother and not as shaggy than those of northern Indian jackals. The coat is also darker on the back, being black and speckled with white. The underside is more pigmented on the chin, hind throat, chest and forebelly, while the limbs are rusty ochreous or rich tan. Moulting occurs earlier in the season than with northern Indian jackals, and the pelt generally does not lighten in colour.The Sri Lankan Jackal is one of thirteen subspecies of the Golden Jackal. 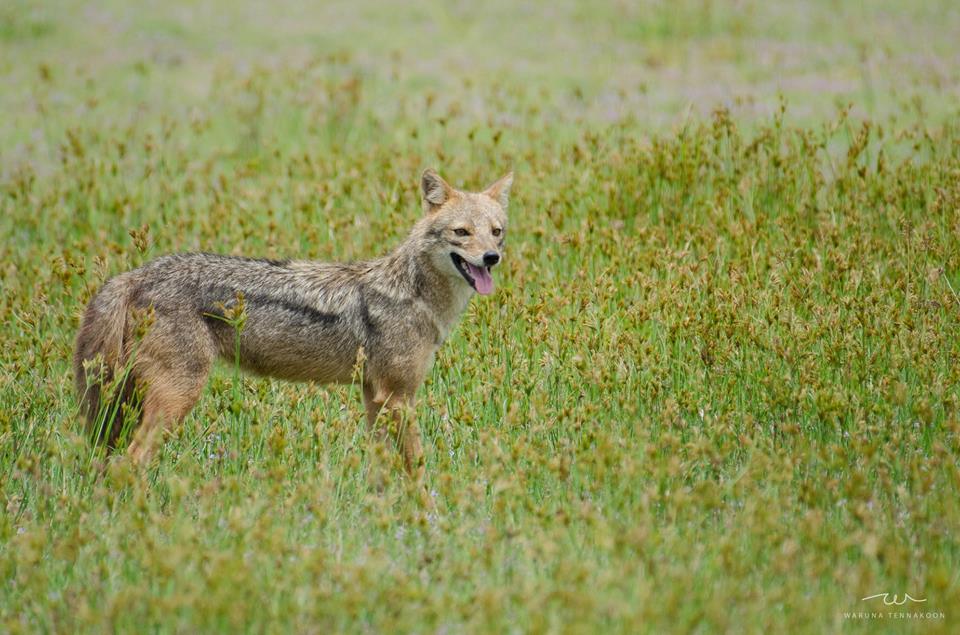 This jackal is a skilled hunter and scavenger, carnivore and herbivore. As a pack animal, they can organize and take down large prey. The pack also waits for other predators to make a kill, fill up, and then scavenge the rest of the food. The jackal has a wide range diet that consists of small animals including rodents, birds, mice, young gazelles, reptiles, and also fruits. This diet allows the jackal to thrive in varying niches that include forest, grasslands, semi-urban, rural, and arid areas. 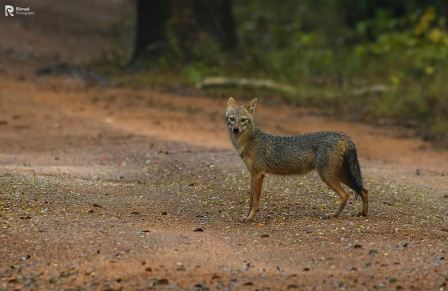 Since the jackal has adapted and thrived in different habitats, it is currently listed as “least concern”. However, there are still concerning threats impacting the Sri Lankan Jackal. Human overpopulation in India constantly pressures wildlife through habitat loss, industrialization, agricultural and livestock expansion. In addition, Sri Lankan locals fear that the jackals will transmit rabies and other diseases to themselves and their domesticated dogs. Another threat is the trade of jackal’s pelts and tails, but the Wildlife Protection Act hopes to minimize this. Conservation efforts mainly target educating communities on how to coexist with these intelligent canines and decrease hostile actions towards them.