Who doesn’t love adventures? For day 02 of the project Taffeta Path, the Rotaract Club of SLIIT organized a scavenger hunt to explore the Colombo city, solve riddles and complete varied mysterious challenges. The whole program was indeed a mystery for both SLIIT and NA Rotaractors except for those who were in the organizing committee. The program started at the Race Course at 9.00 a.m. The participants were divided into 3 teams and for each team there were 3 SLIIT Rotaractors to guide them. The first task of the teams was to appoint a team leader and to choose a team name and some interesting names were came up.

The instruction sheets along with the point system were shared among the teams and 5 minutes were given them to prepare. Then the riddles and clues were shared. The riddles were so tough, and no one could guess it from just one read.

Hints of click 1-4 were the photo challenges where they had to locate the place and click a photo on the mentioned location. The ultimate locations were the Arcade Independence Square, Viharamahadevi Park, Beira Lake and the Gangaramaya Temple and the Rotaractors tried out various transportation modes throughout the scavenger hunt in reaching each location. 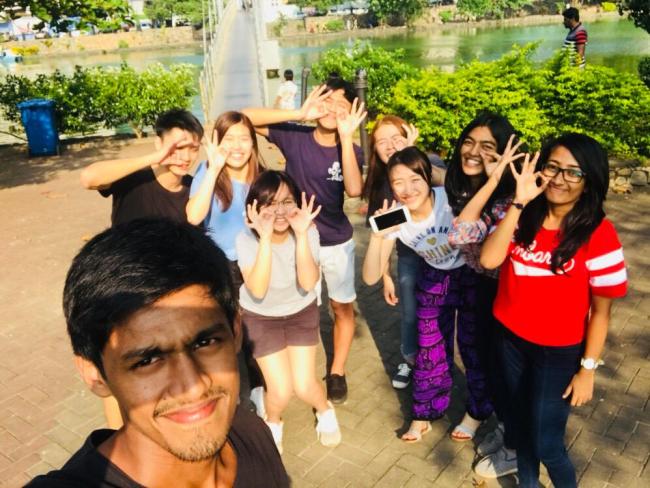 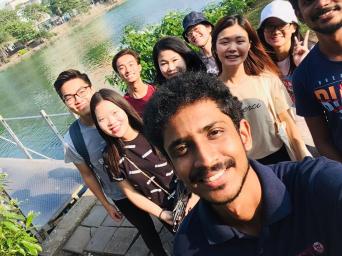 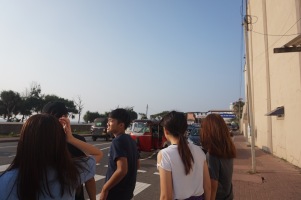 Lunch was to be taken at Crescat boulevard and 300 points were awarded for the teams who made it there during the mentioned time duration. Moreover, a video challenge was there where the teams had to perform a haka at a public place with the presence of an audience. It was undoubtedly the first ever experience of everyone and enjoyed it by doing so.

Hints of challenge 1- 4 consisted the challenges required by the team to perform. The participants had to locate the hints and at that mentioned place they had do perform some activities which covered projects from all 4 avenues. Bonus points were rewarded for best performances. To make it more challenging, there were time restrictions mentioned in the “Hints Sheet” and the challenges were only open till that specific time period.

The main activity the teams had to perform was to paint the buildings. From mixing paint till the finishing, the instructions were given and was closely monitored. The other task was to clean the school garden to clear the mosquito breeding places. Since the teams had a limited time, they divided their work within the teams. For all the Rotaractors of RAC NA it was their first time painting a wall, yet they did a great job. 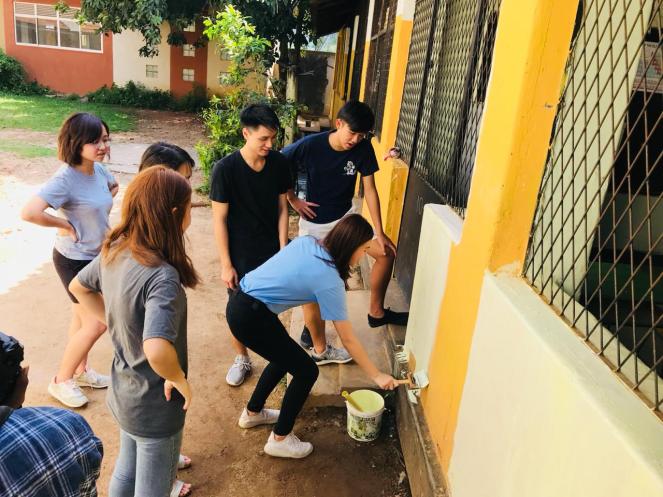 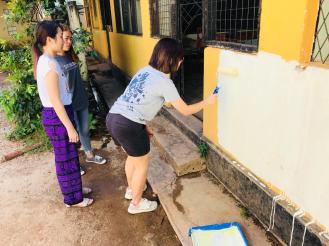 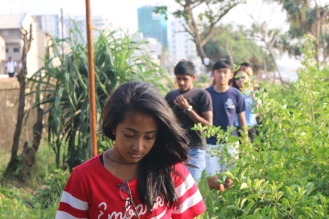 As creepy as the riddle sounded, so was the location; but the mighty Rotaractors were able to solve this riddle too. The first team to arrive here was the team-Gramasewaka. At the entrance there were two committee members and instructions were given on what to perform. The teams had to find the tombstone of the great musician Clarence Wijewardena and to note down 4 names of the songs written in the tomb. Afterwards they had to practice one verse of the selected song with the help of SLIIT Rotaractors in the team. 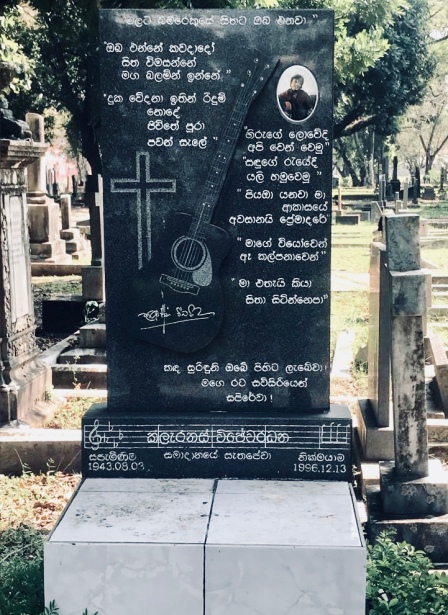 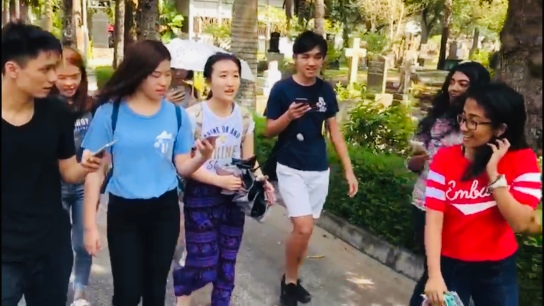 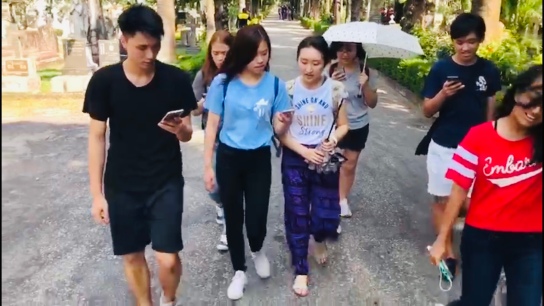 Here the teams were taught the proper order of worshiping in a Buddhist temple and the Buddhist ways. 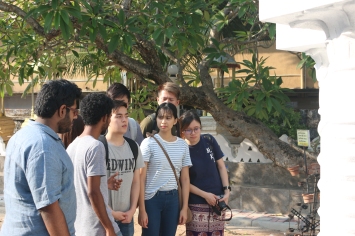 This being the hardest riddle, only one team was able to find this location within the given time limit. The task the teams had to do was a beach cleanup. Garbage bags and gloves were given for the participants and they had to clean the coast for 45 minutes. It was a crowded day at the beach and we were happy to see that the local community joining hands in clearing the coast. By the end of the given time all the bags were full of garbage which was all sorted as plastic bottles, glass bottles, polythene and other. 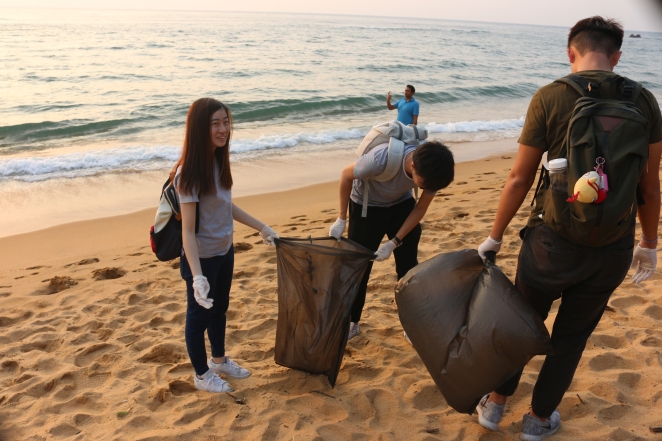 After the beach cleanup, a photography session was conducted on how to make that perfect shot using their mobile phones and cameras. 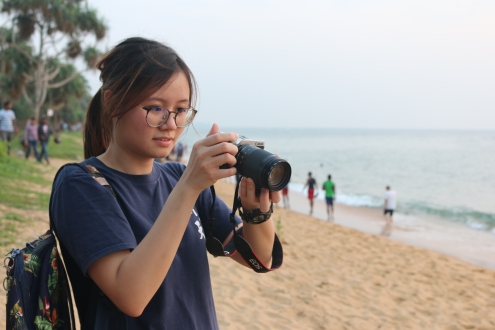 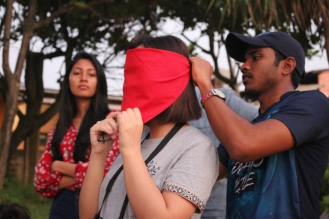 After the conclusion of games, it was the time to announce the winner of the day and it was none other than Team-Gramasewaka who were able to complete all the challenges right on time.