The Annual General Meeting of the Rotaract Club of SLIIT for the year 2019-20 was held on the 11th of July 2019 at the Faculty of Computing. It was the first significant occasion of the year as the new Board of Directors was introduced.

The meeting was commenced according to the Rotaract formalities of flag salutation, Rotaract invocation, four-way test and the Rotaract song. The newbies displayed their heartiest enthusiasm from the dawn to dusk of the meeting. 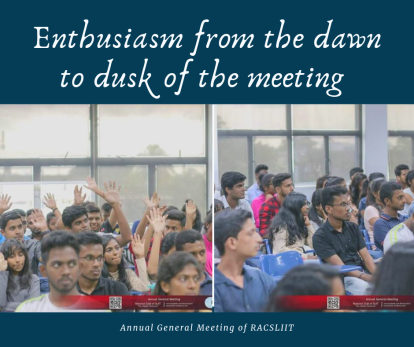 As the first task, outgoing secretary, Rtr. Parami Paranavithana read out the minutes of the previous meeting. Then, it was heart warming that the outgoing president Rtr. Sethil Muhandiram addressed the gathering as the president of the Rotaract Club of SLIIT for one last time infront of the fellow Rotaractors to extend his gratitude for the immense support provided by them during the previous year. Next, IPP Rtr. Sethil collared Rtr. Duleesha Waidyaratne as the incoming president for the year 2019-20.  During her speech, she emphasized what and why Rotaract is. Moreover, she mentioned her plans for the upcoming year and how all members should contribute to the sustainability.

After the inspirational speech of the lecturer in charge, senior treasurer, Dr. Janaka Wijekoon, it was the time to reveal the Board of Directors. Each and every one had to go through proud moments with a little bit of embarrassment because of the alluring introduction notes.

The Board of Directors 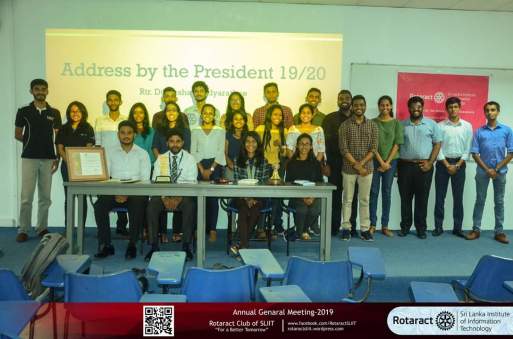 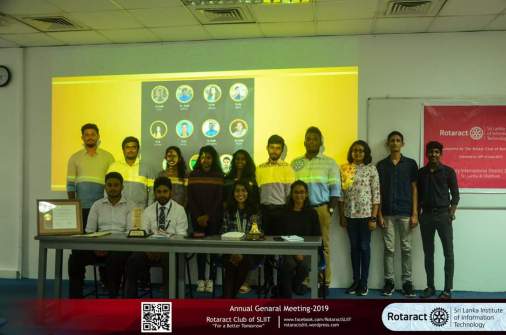 Then each director of each avenue was given the opportunity to address the meeting in order to introduce the avenues and upcoming plans for the year. At the conclusion of the meeting, all the members were invited to take a picture and to speak with the directors of their preferred avenues.

The enthusiasm of the fellow Rotaractors depicted that the upcoming year will be a wonderful year.