They say that every child is a different kind of flower. Morawinna Balika-Child Development and Probation Center comprised of twenty-three beautiful flowers of 4 years to 16 years of age. In order to commemorate the World Children’s day for the year 2019, the Rotaract club of SLIIT organized a Children’s Day Program for them.  It was held on Saturday, 28th of September 2019 from 2.00pm to 6.00pm.

The program commenced with dividing the little flowers into five teams. The children were advised that the teams will be given points if they do well in the activities that were planned for the day.

First, they were asked to come up with a name for their team in two minutes and points were given for each team. The names of the teams were as follows.

Afterwards, it was the time for everyone to get to know each other. Some introduced themselves with a sweet smile, some looked down and hid their smiles, some were loud and some whispered. They were all beautiful in their own way. 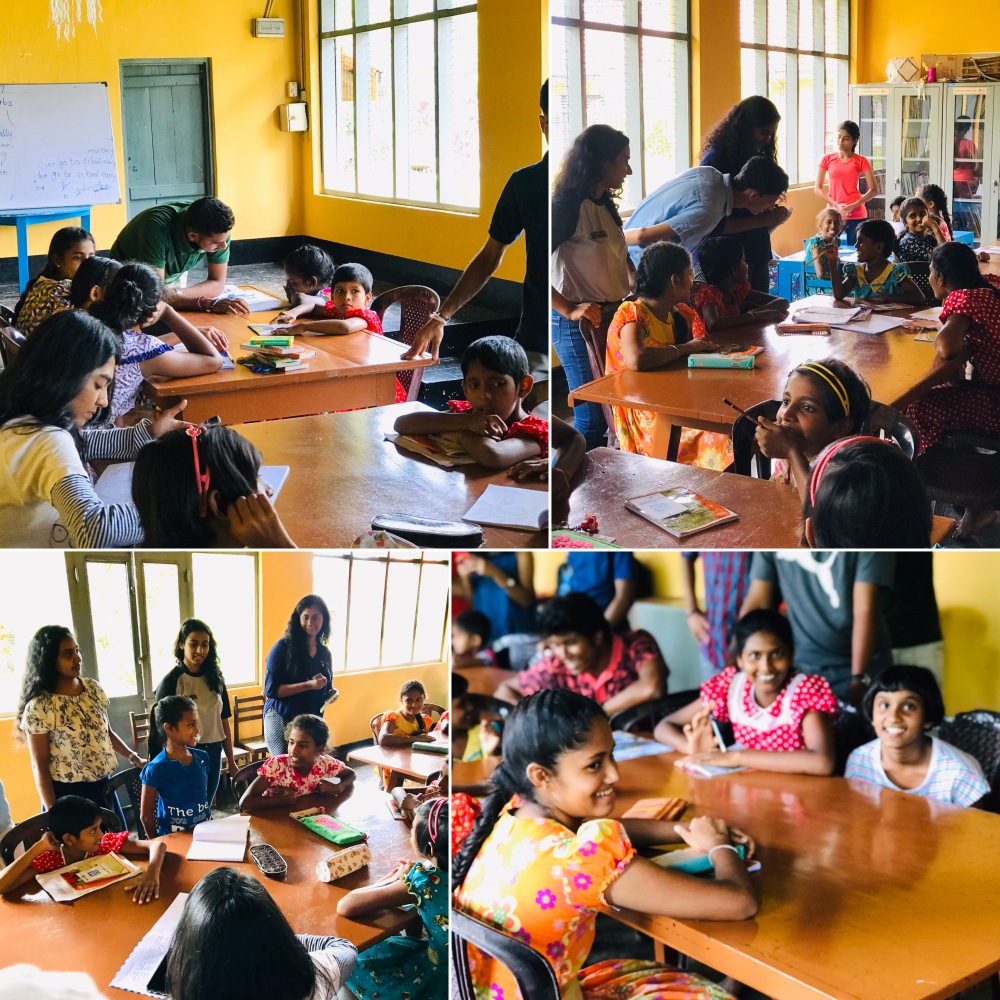 To start off with the activities, the children were asked to draw the pictures on their little minds on paper, about the World Children’s day. It was an individual task. In thirty minutes, with the help of the Rotaract brothers and sisters, they drew fifteen amazing pictures showcasing their individual talents.

Next, the teams were given the opportunity to gain points. The first task was to create a poster under the theme “World Children’s day”. The Rotaractors provided them with Bristol boards, color papers, scissors and other stationary that were required to help the teams to bring the creative images in their minds to life. Each team was surrounded by Rotaract “aiya”s and “akka”s who had to listen to their nonstop stories, answer ample of questions and who gave immense support for all the teams to create five incredible posters regarding the World Children’s day in a very short period of time. The posters were equally creative and eye catching.

The following activity was the trickiest of all. Each team was given a jigsaw puzzle without two pieces to complete it. The two pieces were only given to them when the teams fill out the crossword that was given after they realize that two pieces were missing. The first team to complete making the puzzles received the most points. However, all the teams with the help of the Rotaractors finished making the puzzles within the given time. The best of their team spirits were displayed throughout this activity.

Thereafter, it was the Quiz Time. The questions were asked individually and points were given to the team that they represent. We, Rotaractors, were surprised by the ways that they answered the questions. It was evident, that those children were very studious and well aware of their surroundings.

Finally, the teams were given their total points. Therefore, in order to appreciate their talents and hard work that was shown throughout the program, a special souvenir mentioning the World Children’s day 2019, which was handmade by our very own artistic Rotaractors, were distributed to each of them.

During the few hours that the Rotaractors spent with them, they were lost in a little world with beautiful children filled with joy and happiness, love and compassion. The Rotaractors could not make up their minds to leave the peaceful world that they were stuck in for the moment, which took them on a journey back to their childhood.

However, at the end of the day, we were able to understand that they were no gifted children but they were UNSTOPPABLE!