”Every child is a different kind of flower and all together make this world a beautiful garden!”🌸

What is this new episode of the project ‘Light up their world 2.0’?🤔 Since we do not forget to commemorate special days with the little souls at Morawinna Balika Child Development & Probation Center. Let’s see, what we have done on the month of March!!

Rotaract Club of SLIIT wanted to celebrate the International Women’s Day with these bunch of pretty flower buds! This differed from what we have done before. so, what made it different? We thought of organizing a medical checkup and a counselling session to the kids. It’s mainly because to create a path for them to fight for their rights, to engage in their school and daily activities. It is clear that, for them to shine brighter in the society, they should first be strong both mentally and physically.

What did you do on the last Poya day (9th March)? Slept till noon covering your face fully under your blanket?? But it was not the case for the 15 volunteers who showed up early in the morning. We all reached the Probation Center at around 9:00am with the doctor. After setting up the necessary arrangements for the medical checkup, 2 volunteers each to measure the height and weight of the children and another 2 volunteers to guide the children to the doctor’s table were assigned, while the rest of them helped the proceeding and some had listened to the chit chats of the children! 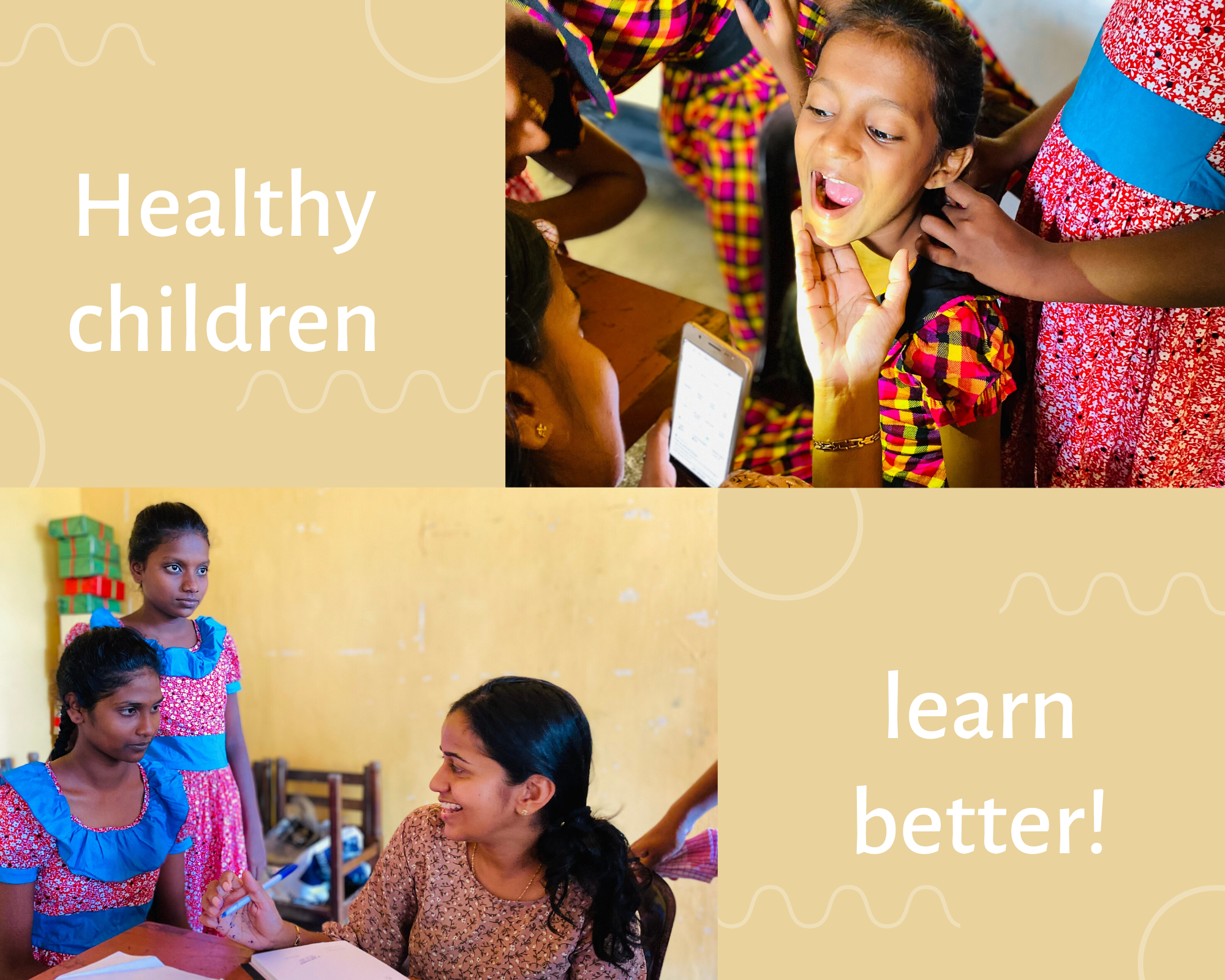 We were able to find the ideal doctor for this checkup because she is a person who loves kids and a kindhearted individual. She examined all the 27 children carefully by taking time and prescribed medicine if required and, she advised them the ways to avoid falling ill. By examining, the doctor was able to identify children of low BMI, skin rashes, continuous headache, fever, cough, wheeze and vision deficiencies.

Therefore, the doctor advised them to visit the nearest hospital with the prescribed letter. After the inspections were over, the doctor once again advised and educated all the children in general on how to maintain their physical well-being and informed the matron about the conditions and the issues that the children have. At the end of the session, all children stood up and said THANK YOU DOCTOR! while offering her a Thank you card!

“Every child’s mental health is more important than their grades”

After the medical checkup was, all the children were sent to have their lunch until the arrival of  the other guest! Because next up was the Counselling Session.  In order to carry out this session we had invited the ideal person whom they could ever have as a mentor. Once she arrived, she had a small discussion with the matrons about the rules and regulations followed by them and their requirement and the problems/issues that the girls have, so that she could give the children the best she can!

So the counselling sessions were conducted accordingly! She divided the children into three groups to conduct three separate sessions.. because they are of different ages and it made it easier to conduct the sessions since it was a small crowd per sessions. let’s see how she used her words to interact with the kids!!

The first session was conducted to the students studying in grades 8 to 11 and she gave them an amazing introduction, a unique intro rather and asked the children to introduce themselves to her. She asked about the likes and dislikes and then she listed hers which were the things that the children really don’t like to do but they never tell out (eg: being lazy to study, hates math, talking back, not cleaning the room etc..😉) Once she put herself in their shoes and said those are her dislikes and asked anyone else dislikes those and the children had to raise their hands because as I have mentioned above, they really dislike those facts but were shy to tell those out loud. Also the mentor advised them to take care of themselves from diseases, about good health habits, work according to a timetable, how to allocate time for studies, to engage in household chore as girls and told them to have a sheet of paper stating the ambition and the pathway to achieve it and to tick them off once they pass each stage.

The second session was to the children in grades 5 to 7, and the introduction for them was totally different from the previous one. she told the kids to introduce themselves by saying the favorite fruit and then their name and did a small game made out of that to interact with the children. Then she started to counsel them by asking to sit by making a circle and like in the previous session informing them about the safeguarding and taking precautionary steps to fall ill and also taught them good manners and gave them studying tips as well.

The last session was with the cutest little flower buds of grades 1 to 4. She is a person who is very flexible and catering into the kids considering their mindset. So, she sat with them on those small chairs to be more comfortable with them and gave all the kids an A4 paper each and asked them to draw themselves things they like she too drew with them! This was done after their interactive session and then a small counselling session was conducted to them covering the topics of good health habits, studying tips, good and bad touch etc. Even after this session all children came towards the counselor and said THANK YOU! and offered her a Thank you card!

After both the sessions were over, Rtr. Anjili & Rtr. Sakuni briefed them about the purpose of conducting this program and the benefits and the life lessons and knowledge that the children were able to absorb out these sessions. This will be more important for them because they are girls and these good habits and lessons should be taught starting from young age. The counselling session was beneficial for the kids and as well as us because even, we were able to gather some valuable information!

And that was wrap of a productive day for both kids and the volunteers as well!

Wanna watch more since you missed it? https://youtu.be/o3LWYR4Fou8