It was just another day at work for Sergio Kamarov, a firefighter in the department of Fire and Rescue in Ukraine. The lazy Friday evening extended for a long night when he was assigned to do a night shift which wasn’t a surprise for him. Neither the crew nor Kamarov knew that it will be their last night together in the department.

About thirty minutes passed 1 a.m. the department received a message from the Chernobyl Power Complex that, a fire has occurred following couple of explosions. Soon after the message received the crew rushed to the site. The moment they reach there, it was another ordinary fire for the crewmen.

Kamarov and his men hurried to the 4th reactor which was on fire and began their work. Few hours later fighting with the rigorous fire, crew realized it wasn’t an ordinary fire but something suspicious than normal, as they felt much uncomfortable near it. Unfortunately, it was too late when they got to know that they were exposed to radiation, but they didn’t step back. Thus, their story of life scrambled within few days later dragging each one of them to a painful death.

The Chernobyl Power Plant was built in the late 1970’s with an artificial lake of 22sq.km. situated beside the river Pripyat. The power complex was located 130km north of Kiev, Ukraine and about 20km south of border with Belarus. It consisted of 4 nuclear reactors hereditary to Soviets, the RBMK-1000. Two more reactors were under construction at the time of the accident. Furthermore, the new   city of Pripyat was 3km away from the plant and was the home to 50,000 residents. Within a 30km radius population was more than 110,000.

On the 25th April 1986 operators of the plant prepared for a test in Chernobyl 4. Tests continued till the mid night. While the test was conducting two explosions occurred due to rapid steam production and an increase in pressure. Sadly, two workers died on the spot. As a result of this, 14EBq radioactivity was released to the atmosphere. Firefighters together with the armed forces carried out operations to quench the fire. About 200-300 tonnes of water per hour was injected into the intact half of the reactor. From 2nd – 10th day 5000 tonnes of boron, dolomite, sand, clay and lead were dropped on to the burning core by helicopters. Immediately, the town of Pripyat was evacuated on the 27th of April. By 14th May a population of 116,000 had been evacuated and relocated. Therefore, Pripyat and Chernobyl became popular as ‘Ghost towns’ with zero humans. 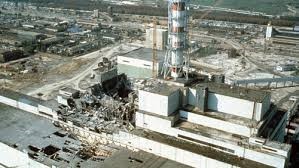 Within three months from the accident death toll rose to 30, including the 2 operators and 28 firemen. In addition, Acute Radiation Syndrome (ARS) was originally diagnosed in 237 people on site. In Ukraine many people were diagnosed with thyroid cancers since the accident. Domestic animals were removed from the area immediately, but horses, cattle were found dead as their thyroid glands were destroyed. After the disaster more than 350 animals were born with deformities such as, missing or extra limbs, missing eyes and deformed skulls.

Most of the released materials deposited as dust and debris around the area. As a result of this, a woodland near the plant turned to reddish-brown earning it the name – Red Forest. Lighter substances were carried by the wind over to Ukraine, Belarus and also Scandinavia & Europe. Explosions of Chernobyl led to serious social and economical disruption not only for Ukraine but also for nearby countries as well. It paved the way for major changes in the industry particularly in the Soviet Union. According to former president Gorbachev, Chernobyl was a more important factor in the fall of the Soviet Union than his program of liberal reform. 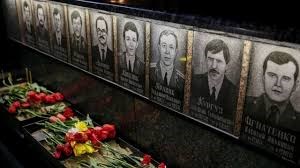 In the meantime, Soviets were running from the spotlight. At the initial stage the accident wasn’t reveled to the world. Scientists from Sweden found some unusual radioactivity in the Russian region, thus making them the first to discover about the accident other than the Soviets. The Union concealed information. With the immense pressure from the global community they had to report to the relevant authorities. In 1991, report by the State Committee on the Supervision of Safety in Industry and Nuclear Power (SCSSINP) stated that operators placed reactors in a dangerously unstable condition. Further it proved that workers were not aware about the specific safety and no such policies were established at that time. Later scientists noted that the RBMK design by Soviets was unsafe. It was an unbreakable fact which proved the accident was a direct result of the consequence of cold war isolation.  The Chernobyl Forum Report said that people in the area suffered a paralyzing fatalism due to myths and misperceptions about the threat of radiation. Further evaluations showed that physicians in Europe advised pregnant women to undergo abortions to avoid bearing children with birth defects. Therefore, total death toll increased rapidly enlarging the impact of the incident.

Chernobyl 4 was enclosed in large concrete shelter soon after the accident. All 3 reactors were shutdown by 2000. The new safe structure was completed in 2017. A complete decommissioning of the site is expected to be completed by 2028. At present residents are resettling in the area. With the aid of movies, documentaries and TV series, the area has become a popular attraction among the tourists.

Disaster of Chernobyl was the only accident in history of nuclear power where radiation related fatalities occurred. The UNSCEAR (United Nations Scientific Committee on the Effects of Atomic Radiation) made necessary changes to address the problem. With this unpleasant history relevant authorities and personnel joined hands together, with the human race to manage nuclear power and prevent such devastating accidents, to save thousands of lives in the future recalling heroes like Kamarov.