Started in the year 2014, it is my usual way to welcome the dawn of the new year by climbing the sacred Sri Pada mountain. In the memory lane from past to present, it is clearly and continuously observed that the natural environment around the Sri Pada mountain and the forest reserve is getting polluted day by day. Therefore, this year myself and Rtr. Dhakshan volunteered and chaired the project “Sri Pada Cleaning Trek 2.0″ of RACSLIIT which was scheduled for the second consecutive time.

I was happy as a single message in the group could collect around 20+ rotaractors for this worthy cause. After briefing them about the task we fixed the dates as 4th and 5th of January 2020. 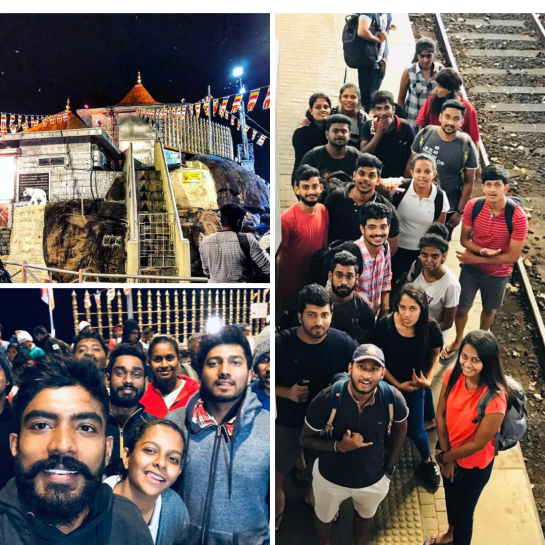 All of us gathered around the Fort Railway Station by 8.30am and took the train to Badulla. The train ride was fun and we enjoyed the scenic views and the amiable climate.

After a long journey, we got down from Hatton at around 2.30pm and straightaway took the bus to Nallathanniya. Once we got down from there, we were in a hurry to have lunch. Since the journey was long and tiresome, we all agreed to have some rest. 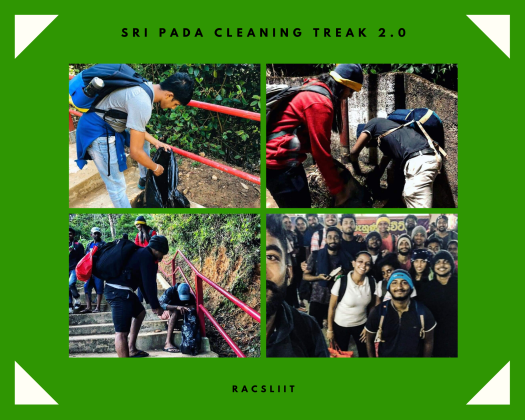 Next started the sacred journey, we started it at around 6.30pm. We divided our crowd into several teams and gave garbage bags for them in order to collect the plastics and polythene both upwards and downwards. Also, most of the rotaractors were first time climbers whom we call as “කෝඩුකාරයො” and among them, it was significant that there were not only Buddhists but also Tamil and Muslim mates. Everyone equally made great effort in collecting garbage and also everyone received everyone’s support in reaching the peak.

We were able to reach the peak by 1.30am. We stayed there at the “උඩ මළුව” till the sun rise to see the beautiful “ඉර සේවය”. Then we started coming back and collecting garbage on our way down. We were able to collect a considerable amount of garbage. Also the other pilgrims too helped us in collecting the trash. Surprisingly the trash dumps were drastically low compared to past years. 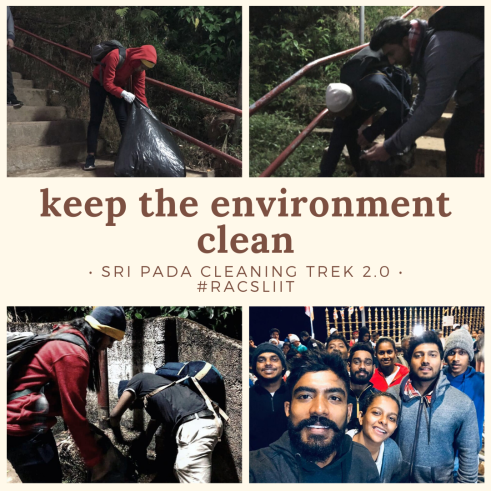 We were able to reach the ground by 10.30am (on 5th of January). Then we spent few hours in properly disposing the collected trash. Then we had lunch and took the bus to Hatton and then from Hatton to Colombo. It was one such satisfying task for me where volunteerism blended with sacrecy.

Let’s congregate hand in hand to conserve the natural environment 🍃❤